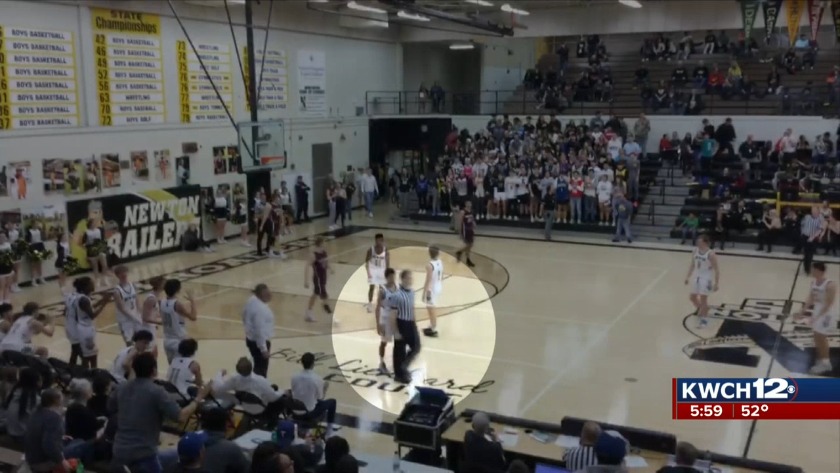 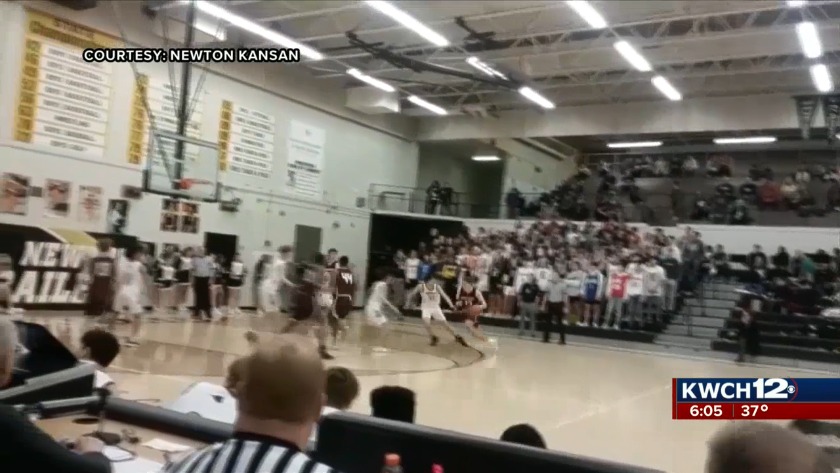 NEWTON, Kan. (KWCH) A Tuesday-night match-up between Salina Central and Newton ends in a KSHSAA investigation after the Newton High School boys' basketball team received six technical fouls. The Railers' head coach was ejected from the game and a referee suddenly left after a fan stepped onto the court.

The Newton Kansan reports the Railers had more than 30 fouls total.

A Newton player who fouled out of the game after receiving two technical fouls says his team's fans were angry over what he described as excessive foul-calling.

"Yeah, I feel like they can get out of hand sometimes, but I feel they were just sticking up for Newton," he says. "We were playing hard, we were hustling."

KSHSAA issued a statement saying, "We are currently collecting information from both schools and the officials involved in the contest, in addition to reviewing the game film."

Eyewitness news also spoke with Newton Public Schools Superintendent Deborah Hamm who says the student athletes compete to win, but need to "keep in mind that it is a game."

Hamm says she doesn't know why a referee left the game early. The game started a bigger conversation on social media with some saying officials need more protection during games.

Thursday, Eyewitness News saw video from the game, seeing points where tensions escalated. On one play, a Newton player appears to chest bump a Salina Central player after a basket. That's when the ref called a technical foul on the Newton player. The video shows him approach the official and you can hear fans boo as the ref walks out of the gym.

The Newton player says he approached the referee after the play for an explanation.

"I made a layup, someone was trying to intimidate me," the player says. "I was just standing there in front of him, and he pushed me away. The ref gave me a technical foul for that. I didn't think I did anything wrong for that technical."

Former KSHSAA referee Joe Kleinsasser watched video of the game Thursday and weighed in on what happened.

"Everyone just needs to grow up emotionally, not just by age," he says. "But grow up and realize we are trying to make it a good experience for everyone involved."

This comes at a time where demand for referees is at an all-time high.

"Why there's a shortage. I mean, demand for officials is greater than it's ever been," Kleinsasser says. "I think some of it is not putting up with the guff. You get tired of it. You don't expect to feel appreciated necessarily, but you don't want to feel threatened either."

Situations like what happened in Newton Tuesday again bring up the question: Do officials need more protection?

Some Kansas lawmakers think so, introducing a bill to increase penalties for assault and battery against sports officials. The bill currently sits in committee.

KSHSAA says both schools are cooperating with its investigation concerning Tuesday night's game between Newton and Salina Central.

Read the original version of this article at www.kwch.com.

Bill aims to increase penalties for assault, battery against sports officials in KS

Bill aims to increase penalties for assault, battery against sports officials in KS