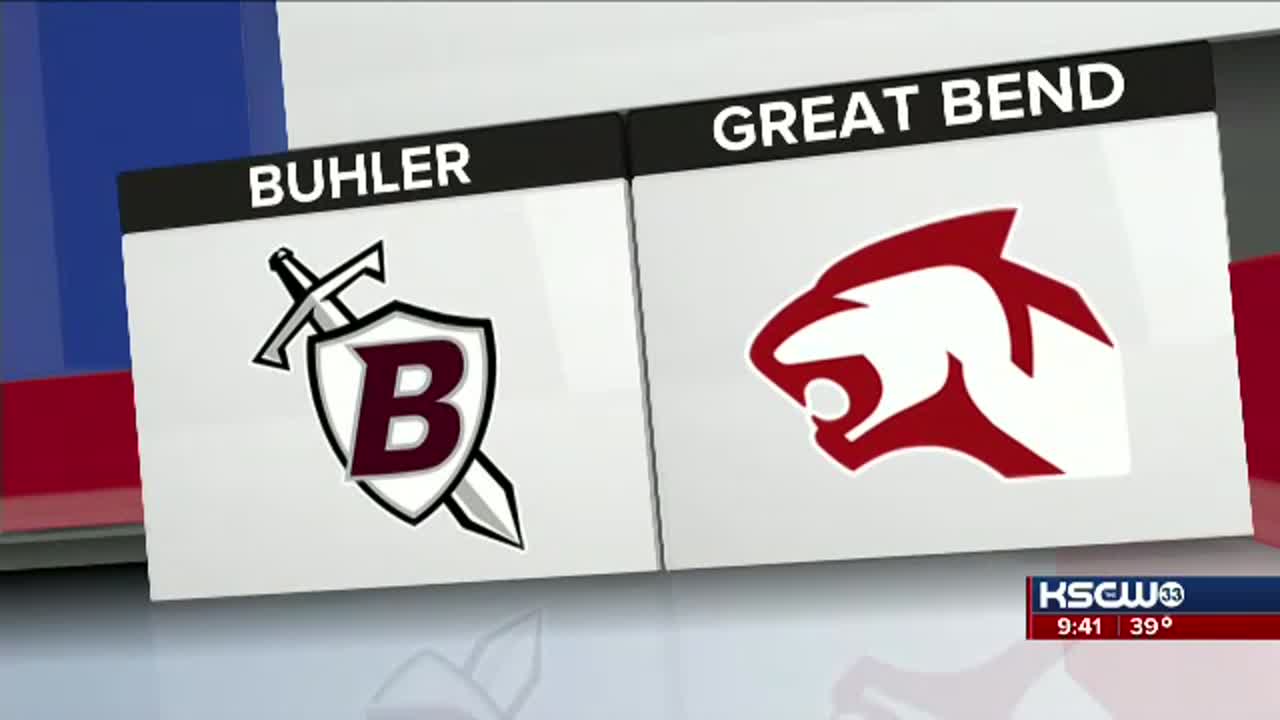 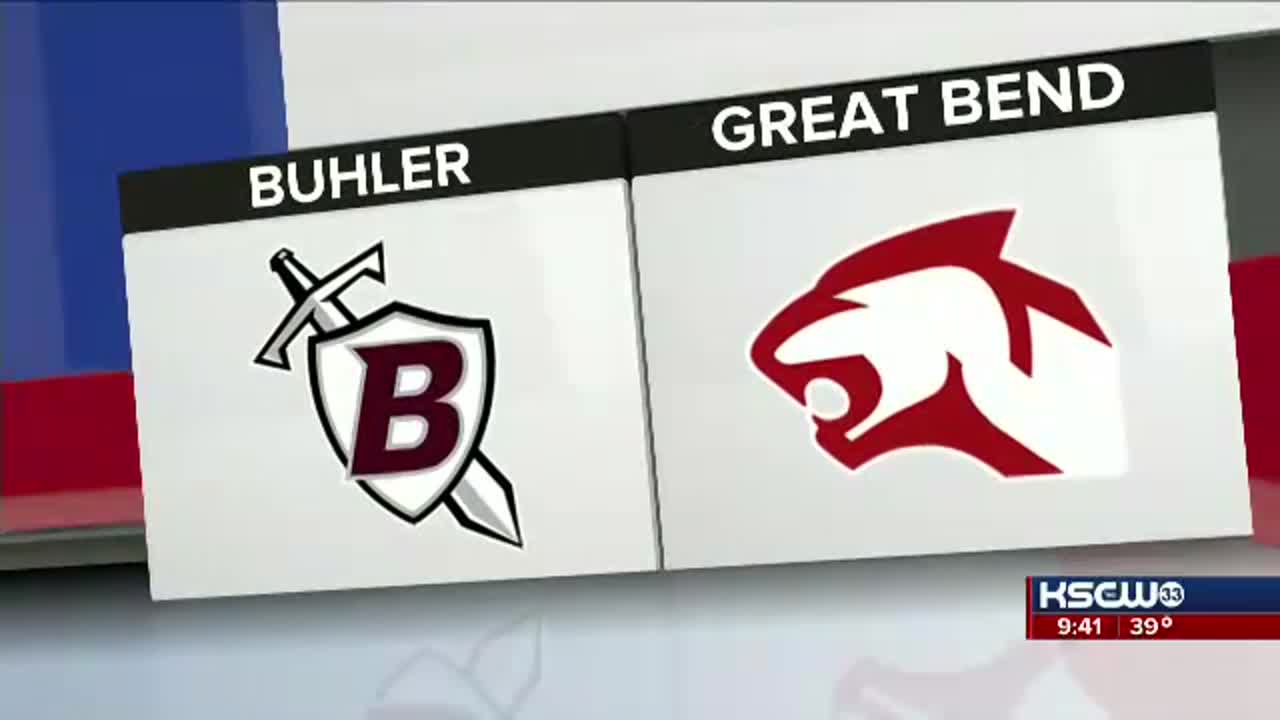 GREAT BEND, Kan. Less than 72 hours after the ball dropped in Times Square, classes were not yet in session Friday in Great Bend. But Buhler was in town for two of just a handful of prep basketball games around the state. The Crusaders left home happy with a pair of wins as the boys held on for a 39-31 win, and the Lady Crusaders prevailed 32-22 in a pair of low-scoring affairs.

The Panthers brought into the New Year a 4-2 record but fifth-ranked Buhler (4A) brought in some key experience with losses to No. 4 Augusta (4A) and No. 10 McPherson (5A) in the 2019 portion of the schedule.

The game played out accordingly with Crusader junior Myles Thompson scoring seven of the game’s first 12 points. His 3-pointer gave Buhler an early 9-3 advantage. The Panthers answered with a 14-0 run, including a trey from senior Ray Kuhlman to take their first lead of the game at 11-9.

Great Bend led 13-9 after one quarter and got points from Dalton Miller and Alex Schremmer to bump the gap to 17-9. Buhler sophomore Isaiah Hernandez ended the run with a 3-ball, then junior Max Alexander took over with nine-straight points to send the Crusaders into the break with a 21-17 lead.

“We turned it up defensively and I thought our guys off the bench were a key to that,” said Buhler coach Ryan Swanson. “They came in, got some stops, but they were also able to get a few steals and get some easy ones on the other end. I think that got us back in the game.”

The score remained tight in the third quarter as Panther senior Peyton Duvall swished an early three. Schremmer scored six points in less than three minutes, and a trey from senior Alex Olivas put Great Bend ahead 29-28 with 3:13 to play in the frame.

That shot proved to be the final Panther field goal of the night. Senior Drake Dick popped a three for Buhler, and Thompson ended the quarter with a basket and foul to put the Crusaders back on top 33-30.

The Panthers had committed just two team fouls heading into the final two minutes of the contest. That allowed Buhler to take valuable seconds off the clock. The Panthers did force a pair of turnovers but netted just one free throw in the final eight minutes of play.

“It’s a tough test. Great Bend has a good record and has played a tough schedule. We knew this was going to be a really hard game. I’m sure at the end of the year we’ll look back and be very proud we were able to come into this environment and get a win.”

Schremmer paced the Panthers with 11 points, followed by Duvall with six points and Miller with four points.

Panther senior Jenna Mauler opened scoring on a putback but the senior Owens was huge on the other end with eight points and three rebounds in the first quarter alone. Buhler senior Haley Miller added a hook-shot runner just before the first-quarter buzzer to give the Crusaders the early 11-9 lead.

Both offenses struggled in a sloppy second quarter. The Lady Panthers missed all seven shots in the frame and posted a zero on the scoreboard. Buhler did little better with just six points on 3-of-16 shooting. Owens was the exception, finishing the first half with 12 points and eight boards.

Great Bend junior Sydney Unruh made up for some lost points early in the third quarter with two transition buckets in the first 80 seconds of the second half. Her third transition basket cut the gap to just one point, and two free throws from sophomore Taryn Warren gave Great Bend its first lead since 2-0 at 19-18 with 35 ticks left in the third. The advantage was short-lived as Buhler senior Emily Schmidt swished a 3-pointer in the final 10 seconds of the quarter.

Great Bend again struggled to score in the fourth quarter with just one field goal via Jaclynn Schroeder. Buhler did just enough at the free throw line to pull away for the win.

Owens led all players with 15 points and 12 rebounds. Schmidt scored all six of her points in the second half, and Miller added five points for Buhler. Junior Lauren Specht did not score but grabbed seven rebounds.