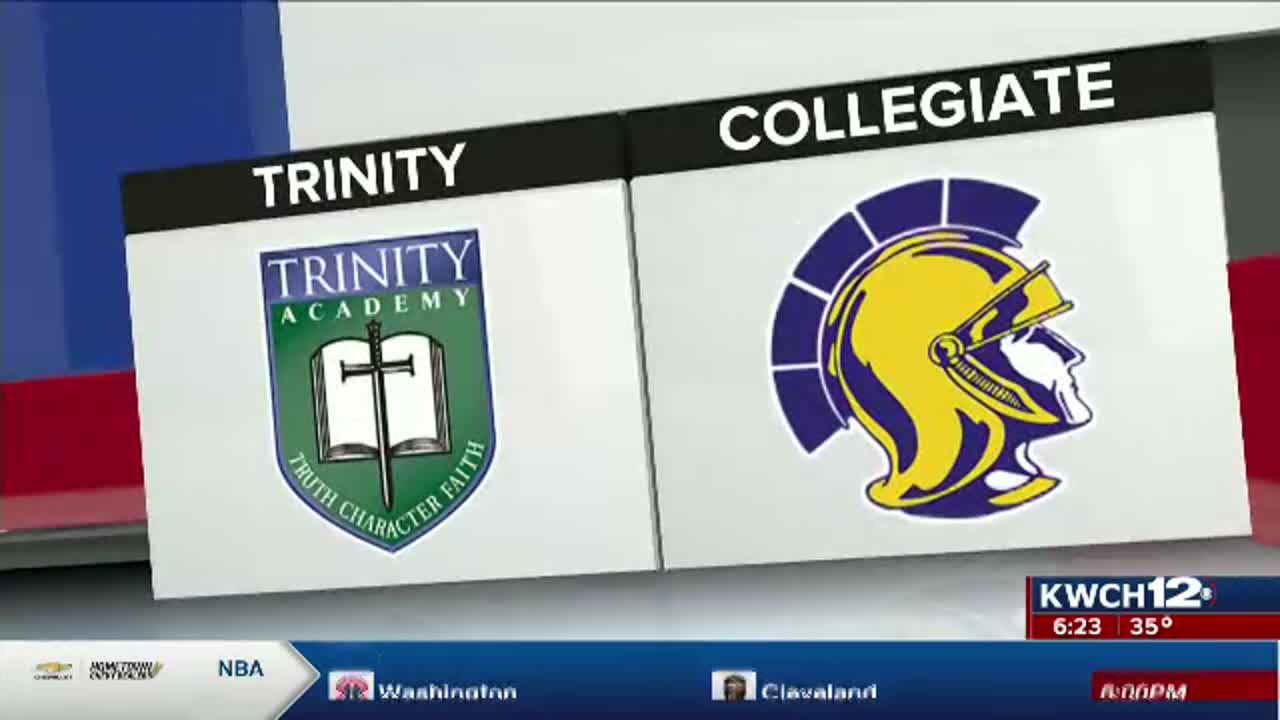 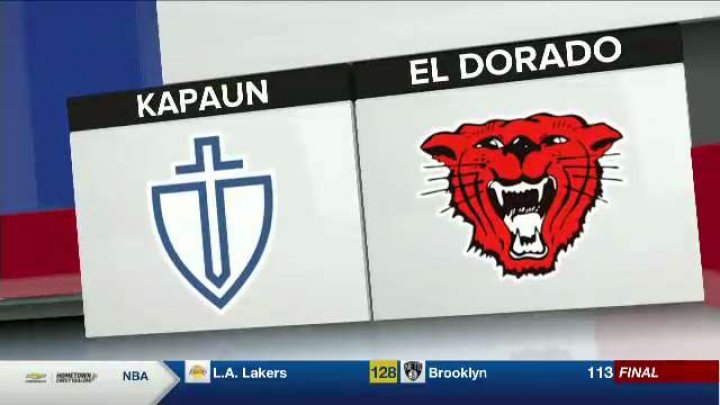 EL DORADO, Kan.--- GAME ONE:
Opening game of the Bluestem Classic boys basketball tournament in El Dorado saw Wichita Collegiate square up against Wichita Trinity in a 3A matchup.

The Spartans pulling out the 64-38 win over the Knights but it started out pretty even with both teams tied at 13 by the end of the first quarter.

Collegiate’s explosive 23-point second quarter is what set them apart for the rest of the game, leading by as many as 31 points in the final minutes of the game.

Sophomore Gradey Dick led the game with 20 points for the Spartans, his teammate Jack Duarte followed him up scoring 17 pionts.

For Trinity, Christian Williams was the top scorer with 11 points and Collin Rucker was right behind him putting up 10, totaling more than half of the Knight’s final score.

Collegiate moves to a 7-2 record while Trinity falls to 3-8 so far this season.

CHIEF getting out to an early 10 point lead and controlling the game up until the final minutes of the first half where the Railroaders took a two point advantage into the locker room. In the end, Newton comes away victorious 92-81, finally getting their shots to drop.

The Railers’ Jaxon Brackeen led Newton with 21 points with Kolyn Sauceda scoring 15 points.
For the CHIEF’s Cody Mericle put a team high 19 points on the scoreboard and Cody Scherle following him up with 15 points.

In the first quarter, Cody Mericle fights his way out of trouble and dumps it off to Aden Mericle who makes the long two.

Newton fighting back, Jaxon Brackeen drives to the net and tosses up the windmill and gets it to drop. Newton trailed 14-6 by this point.

Brackeen swings it around to Alex Krogeimer in the wing, he goes baseline and lays it up an in.

Jaheem Ray hands it off to Krogeimer, then over to Brackeen.
Brackeen pulls up and brings the Railroaders within two points.

Blake Danitscek scored all but two of Kapaun’s 18 first quarter points. He was the leading scorer for the Crusaders with 24 points hitting six 3pts, even after sitting out for most of the second half. Will Anciaux helped with 13 points and Grant Johnson with 12.
The Wildcat’s top scorer was LJ Berkstresser with 11 points and Jake Johnson with 10 points.

In the first quarter, Jaydon Sundgren drives the lane and lays it in to get the Wildcats on the board 2-2.

Then Zach Wittenberg seeing the same thing, drives to the net and kisses it off the glass to put El Dorado up 4-2.

Kapaun cranks it up with Blake Danitscek top of the key and he has no problem airing it out.

With the Crusaders starting to pull away, Danitscek on the inbound, he gets the shooters roll and Kapaun leads 16--11.

GAME FOUR:
The Circle Thunderbirds closed the day out playing the Great Bend Panthers in the night cap. Great Bend dominated from early on and ended up winning 61-40.

Drew Middleton led the Thunderbirds with 11 points and Jake Shaultz was a close second scoring 10 points. Their team was limited to only four points in the first quarter and only seven points in the second quarter.
Alex Schremmer was the highest scorer of both teams with 17 including four 3pts, but Peyton Duvall added 14 for the Panthers. Great Bend was only 50 percent from the free throw line.

First half, Eli Jacobson passed to Drew Middleton in the corner. He takes it in but pulls up for the mid-range jumper. The Thunderbirds still trail 7-4.
Great Bend passing the ball around, Bryce Brown over to Alex Schremmer in the wing. He hits the three and extends the lead to six.

Then off the rebound, Ray Kuhlman on the break away, he tosses it up and finds the bottom. The Panthers then had a 9 point lead at 13-4.
Schremmer at the top of the key gets the pass and launches it for the triple.

On Friday, Jan. 24th top seed Kapaun will play Great Bend at 6:15 p.m. at El Dorado. Afterwards, Newton and Collegiate will battle it out.

Class 3A Boys Day One Recap

Class 3A Boys Day One Recap